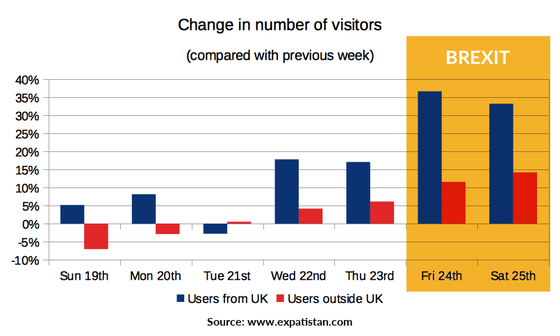 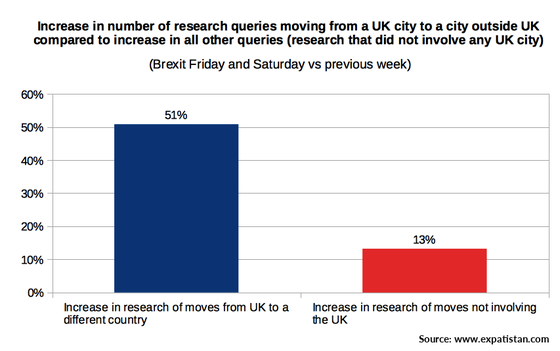 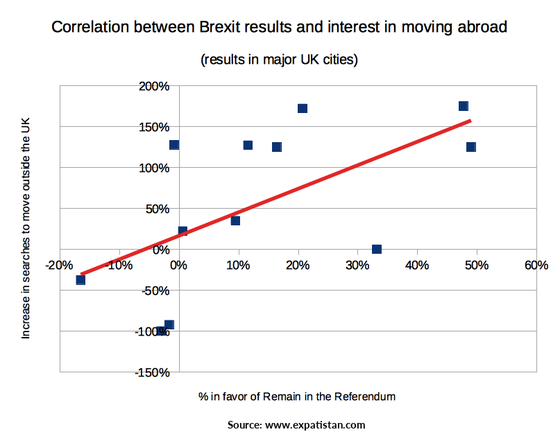 Since the number of data points for some of the cities was admittedly small (13 searches in the lowest case), this graph should be taken with a grain of salt. The coefficient of determination for this correlation (R2) is a relatively low 0.36 too, but the results are interesting nonetheless.

Finally, we looked at where these UK residents are thinking of moving to after Brexit, and whether this has changed in the wake of the referendum. Among the top countries UK residents usually research, Canada, Germany and Thailand all jumped in popularity – especially Canada. The number of visitors comparing the UK with Spain and Greece, usually popular choices for retirees, actually decreased. Maybe pensioners are more reluctant to move to sunny Southern Europe with all the Brexit noise?

All in all, this is some interesting data that clearly shows the shocked reaction of the ‘Remain’ voters after the unexpected Brexit result. Many Brits may now find themselves agreeing with the immortal words of Professor Farnsworth:

Got questions? Feel free to ask Gerardo Robledillo, founder of Expatistan, at gerardo@expatistan.com